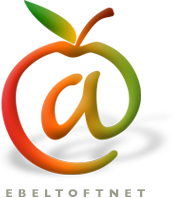 Ebeltoft is not only one of the oldest Danish markets towns. It is also one of the most charming and in 2001 it was exactly 700 years since, the Danish king, Erik Menved, granted the town its municipal charter.

This meant, that from 1301 the inhabitants of the town were able, under the patronage of the king, to freely engage in trade and artisan work.

However, Ebeltoft as a town is considerably older. As early as the 12th century a small town settlement had been established here.

Come to Ebeltoft and walk in the cosy streets, most of which have got paving stones.

From many parts of the town you find a marvellous western view over the beautiful Ebeltoft Bay.